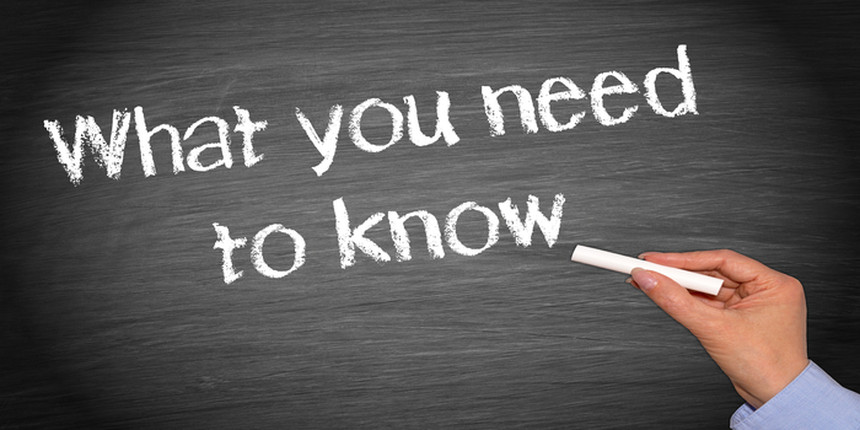 NEET 2018 - With only hours remaining for the official notification to be released, NEET 2018 lies on the verge of being engulfed by a major controversy if recent amendments made by the Medical Council of India (MCI) to the NEET eligibility criteria stay in force. As documented in the Gazette of India dated January 23, 2018, candidates above the age of 25 and those belonging to open schools will no longer be able to appear for the National Eligibility cum Entrance Test (NEET) from this year onwards. Publication in the Gazette of India, considered a conclusive step towards notifying the public before enacting any law in the country, means that there is every chance the aforementioned amendments will find their way in the official NEET 2018 notification as well.

This latest NEET 2018 news comes only days after various media reports had indicated that the Ministry of Human Resource Development (MHRD) was willing to overturn the recent MCI decision to bar open school students from appearing for the national level undergraduate medical entrance exam. However, the information contained in the Gazette reveals that no action has been taken by the MHRD in this regard and the MCI decision to disallow open school students has already been officially passed.

It would also seem that the issue of a NEET upper age limit criteria, the introduction of which triggered such a storm last year before being finally adjudicated upon by the Supreme Court of India, is going to overshadow NEET 2018 as well, with the MCI amendment notification clearly indicating that Unreserved candidates above the age of 25 years (30 years in the case of Reserved categories) will no longer be able to appear for the exam. In addition to this, candidates who have not studied Biology as a core subject in both Classes 11 and 12, but have only taken it up as an additional subject at Class 12 level, will also not be permitted to appear for NEET 2018.

Published as an ‘Extraordinary Gazette, Part III, Section 4’ on January 23, 2018, the MCI Amendment Notification was actually made on January 22, and is titled “Regulation on Graduate Medical Education (Amendment), 2017”. As stated clearly, the regulations contained in the gazette came into force from the date of publication, ie. January 23 onwards. It is to Clause 4, carrying the heading ‘Admission to the Medical Course - Eligibility Criteria’ that a sub-clause 4 (1B) has been added which re-introduces the upper age limit criteria. Another sub-clause 4 (2)(a) introduces the bar on open school students and private candidates.

For numerous candidates across the country eagerly awaiting the NEET official notification and application, expected to be released on January 31, the NEET 2018 news revealed by the Gazette is sure to come as a huge jolt. The pertinent MCI amendments, which can also be seen in a screenshot of the Gazette of India below, state, “To be eligible, the upper age limit for candidates appearing for National Eligibility Entrance Test... shall be 25 years as on the date of examination with a relaxation of 5 years for candidates belonging to SC/ST/OBC category and persons entitled for reservation under the Rights of Persons with Disabilities Act, 2016.” The notification continues, “...candidates who have passed 10+2 from Open Schools or as Private candidates shall not be eligible to appear for National Eligibility-cum-Entrance Test. Furthermore, study of Biology/Biotechnology as an Additional Subject at 10+2 level also shall not be permissible.”

While publication in the Gazette of India should automatically indicate legal authority, the official NEET 2018 notification continues to be awaited, with the official NEET conducting body, the Central Board of Secondary Education (CBSE), yet to issue any reasons for the delay or indicating when it will be released. If the changes as mentioned in the Gazette are reflected in the forthcoming NEET 2018 notification, then it will bar thousands of aspirants who are open school candidates or above 25 years of age or those who didn’t have Biology as a core subject in Classes 11 and 12, thereby triggering another chain of controversial events very similar to those which plagued NEET 2017.

The question of the NEET eligibility status of open school candidates has been a subject of extensive debates for quite some time. Until now, the impression formed through several news reports was that the decision to bar open school candidates had been reverted by the Centre, but this is contrary to what the official notification published in the Gazette of India states.

Earlier this month, news reports communicated that the MCI has issued a letter to the National Institute of Open Schooling (NIOS), clarifying that open school students who have not undergone a classroom training in Physics, Chemistry, Biology and English in 10+2 will not be eligible to give NEET. Following this, another trail of news reports came up claiming that the Centre has reverted the MCI decision, citing the Government’s policy on equality of learning and career opportunities for open school students.

To get to the bottom of the matter, Careers360 trailed the origin of confusion over the eligibility status of open school students. It was found that the Executive Committee of MCI had proposed a new amendment which entailed barring of open school students from appearing in NEET and the discussions on the same were going on for more than six months. The information now provided in the Gazette of India reflects that the MCI Executive Committee decision has already received legal sanction and will be indicated officially in the NEET 2018 notification. It is now very likely that candidates who have been privately schooled or have completed their schooling from open school boards will not be eligible to appear for NEET 2018.

It goes without saying that if this were to indeed become a rule, the hopes and dreams of thousands of open school candidates to enter the medical education stream will be doomed. As per the figures given by NIOS officials, more than 3000 NIOS students appeared for NEET last year and more than 800 of those candidates qualified the exam. There is a high chance that this issue, similar to most controversies surrounding NEET, will once again be taken and settled in the Supreme Court.

The introduction of upper age limit in NEET is also not new. Last year, the upper age cap of 25 years for Unreserved candidates and 30 years for Reserved candidates was introduced by the Central Board of Secondary Education (CBSE) without any prior warning. It immediately spurred panic and controversies among aspirants nation-wide. As a result, upper age cap was later removed by the Supreme Court of India for the NEET 2017 session. However, the chances of reintroduction of upper age limit rule were always high.

Compulsory to study Biology in both Classes 11 and 12

Until this year, it was not binding for candidates to have studied Biology as a core subject in both Classes 11 and 12. While it was compulsory for one to study Biology as a core subject in Class 12, nothing specifically had been mentioned about the mandatory subjects for Class 11 when it came to applying for NEET. While Code 2 of the NEET eligibility criteria did mention that candidates needed to have passed their Higher/Senior Secondary examination after a period of 12 years of study, “the last two years of such study comprising of Physics, Chemistry, Biology/Bio-technology and Mathematics with English”, this was countered by Code 3 which mentioned that candidates who had completed their “Intermediate/Pre-degree Examination in Science of an Indian University/Board or other recognised examining body with Physics, Chemistry, Biology/Bio-technology (which shall include practical test in these subjects) and also English as a compulsory subject” were also eligible. This simply meant that candidates only needed to have appeared for Physics, Chemistry, Biology and English in their Class 12 exam from a recognized Board and cleared the same, removing the need for them to have studied these subjects in both Classes 11 and 12. However, the introduction of this new clause may lead to changes in the existing NEET eligibility codes.

Since 2017, NEET has become the sole means of admission to MBBS/BDS courses across the country (except in AIIMS and JIPMER institutions). Last year, NEET was conferred the tag of a global medical entrance examination given that it allowed students from almost all countries to appear for MBBS and BDS admissions in India. What happens to the scope of NEET this year is still to be seen given several restrictions which are likely to be put in place with the release of NEET 2018 notification. The application forms of NEET 2018 will be released soon and the exam will most likely be held on the first Sunday of May, i.e. May 6, 2018.

To be eligible to appear for NEET you need to complete your 10+2 with Biology/Biotechnology, Physics, chemistry and English from a recognised board or university.
And a candidate belonging to general category must have passed with atleast 50% in 10+2 for SC/ST it is 40% and for PwD category it is 45%.
There is no upper age limit but the minimum age must be 17.5 years.
Right now this is the Eligibility criteria for NEET. So you must study the following subjects in your 10+2 and prepare for NEET.
Read More
Answer
Answer Later
Report
13 Views