NEET 2018 will be conducted with one question paper set, CBSE tells SC

The Central Board of Secondary Education (CBSE) has submitted before the Supreme Court of India that the National Eligibility cum Entrance Test (NEET) 2018 will comprise of only one question paper, which will be translated to all the languages in which it is held. The submission was approved by a Supreme Court Bench comprising Justices Arun Mishra and Abdul Nazeer on January 25, 2018, finally putting an end to a case which had been dragging on for the last nine months. “The Board has decided that the same question paper will be set for all the examinees, for all the future examinations to be held in 2018 and onwards, and the question papers shall be in English, Hindi and other vernacular languages,” said Tara Chandra Sharma, the counsel appearing before the apex court on behalf of the NEET conducting body. This means that the CBSE will not repeat its NEET 2017 attempt at setting different papers with different questions, a move which generated tremendous controversy last year. Only one question of NEET 2018 will be prepared in English which will then be translated to Hindi and other vernacular languages. 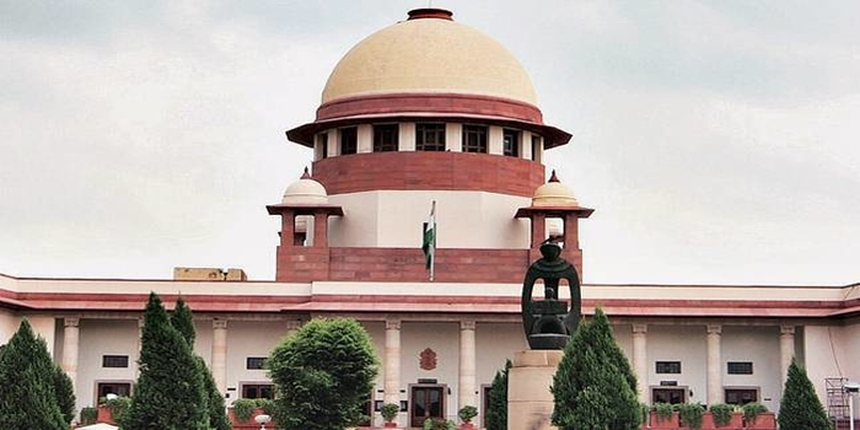 The CBSE’s decision comes as a huge positive for aspirants preparing to appear in NEET 2018, as it will finally ensure that all of them will be evaluated on the basis of the same set of questions. The lack of uniformity in questions and alleged differences in the difficulty level of question papers of regional languages had led to numerous complaints from students and parents, with multiple petitions being filed in different High Courts last year.

Background to the controversy

In 2017, NEET was conducted in 10 languages, viz. Hindi, English, Bengali, Gujarati, Assamese, Tamil, Kannada, Oriya, Telugu and Marathi. As per the information laid before the apex court, out of a total of 11,38,890 students who registered, 1,05,194 candidates opted to appear for the exam in vernacular languages (languages other than English and Hindi).

Soon after the exam, students from different parts of the country complained about how the questions in regional language papers varied vastly in difficulty levels when compared to the one in English. Following this, petitions against the CBSE were filed in the Madras and Gujarat High Courts. Students demanded that a fresh NEET entrance exam be conducted without any language bias in the question paper. Results were indefinitely delayed as a result of a stay order passed by the Madras High Court. Throughout all this, the CBSE defended its practice of preparing different set of questions for different language papers by claiming that it was done to avoid a leak. Finally, the Supreme Court had to pull the CBSE out of the mess it found itself in, with the apex court deciding to overturn the Madras HC stay order and allow for the declaration of the result. A concrete decision regarding the different sets of NEET question papers was postponed, much to the chagrin of the protesting students.

The controversy had however created much interest among prominent education activists in the meantime, with the Supreme Court receiving many writ and special petitions. One such petition, filed by the Sankalp Charitable Trust on May 23, 2017, i.e. sixteen days after the NEET 2017 exam, was the one which has finally led to the Supreme Court decision on January 25, 2018, to allow for the preparation of a single question paper from NEET 2018 onwards.

Given below is a timeline of judgements which finally led to the decision of uniformity in NEET question paper:

July 21, 2017: Many civil writ petitions, transfer petitions and special leave petitions, also relating to the issue of the lack of uniformity in NEET question papers, were directed to be listed together on July 31, 2017.

July 31, 2017: The Court orders Mr. Tara Chandra Sharma, the counsel representing CBSE, and others, to indicate the order of ranks of the students who undertook NEET examination in vernacular languages and those who have been selected for admission.

August 10, 2017: The SC Bench criticizes the CBSE for setting different questions for students giving NEET in regional languages. “We are of the considered opinion that the NEET examination conducted by the CBSE should be without any kind of ambiguity... there is difference in the question papers and, therefore, CBSE applies the principle of equivalent difficulty...(Same question paper) shall facilitate the students’ to choose the language they intend to adopt...(while) uniformity shall be maintained for all the categories of students. When there is appropriate translation, the identity and uniformity of the question papers will be in the realm of certainty,” says the Bench.

December 12, 2017: In a hearing on one of the special leave petitions, clubbed with Sankalp Charitable Trust’s writ petition on July 21, the judgement is passed by a three member Bench comprising the Chief Justice of India, Dipak Misra, and Justices Arun Mishra and Mohan M. Shantanagoudar, in favour of setting a uniform question paper in NEET. The judgement reads, “the Board and the Principal has decided that the same question papers will be set for all the examinees...in 2018 and onwards. It is ordered accordingly that all examinations in future...be held on the basis of similar quesiton papers for all examinees, and question papers shall be in English, Hindi and Other Vernacular Languages.”

January 25, 2018: Following the lines of the above judgement and submission of a CBSE affidavit, Justices Arun Mishra and S Abdul Nazeer dispose off the writ petition of Sankalp Charitable Trust through an office report,  giving the green signal to setting a uniform NEET question paper format across all languages.

This year, along with the setting of a single NEET question paper, CBSE is also intending to introduce Urdu as an additional language alongside the eight existing regional languages. A standard practice in such pan-India entrance exams is that one question paper is created and it is then translated into different vernacular languages. The CBSE’s oversight in following this basic rule in NEET 2017 led to unnecessary and prolonged unrest among medical aspirants. However, with this Supreme Court judgement, the long-pending demand for “One India, one question paper” in NEET will finally achieve fruition.

NEET 2018 is expected to be conducted on May 6, 2018, as per most media reports. With the CBSE recently faced with numerous other NEET related question marks, including regarding the uniformity of syllabus and the eligibility of NIOS students, NEET aspirants are eagerly awaiting the release of the official NEET 2018 notification and application form in the next few days to finally put their doubts to rest.