NEET likely to be held on May 7; Application may begin from Dec 21

NEET 2017 is likely to be conducted on May 7, 2017. The application form is expected to be available from December 21 to January 21, 2017. In a first, the examination will be conducted in two shifts i.e morning and evening.

According to media reports, CBSE will release the NEET notification and brochure on December 19, 2016. The fees for the application form for the general and OBC category candidates will be Rs 1000 while for SC/ ST/ PH candidates, it will be Rs 550. However, candidates can fill the applications till February 02, 2017 with a late fees of Rs 1,000. 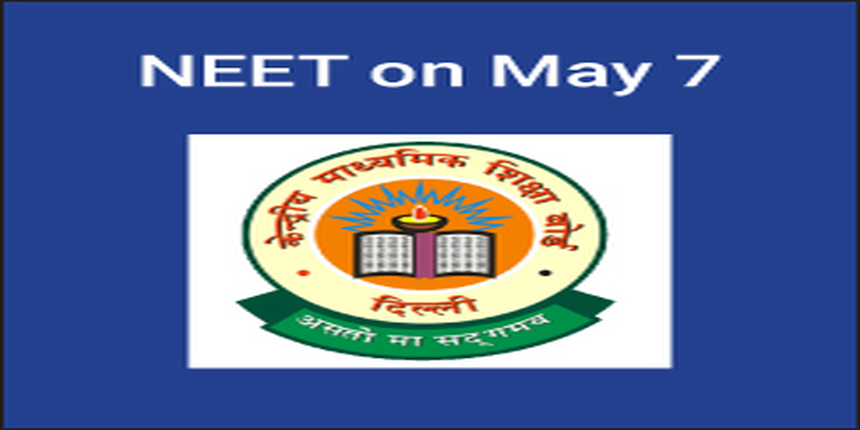 Candidates can check below for NEET 2017 important dates:

Registration process of NEET 2017 is a three-stage procedure. The first stage consists of obtaining the application number, while the second and third phase comprise of uploading photograph and fee payment through online mode or Bank Challan.

Aspirants who are, at least, 17 years of age as or on December 31, 2017 are eligible to fill the NEET application form. They must have appeared/qualified Class 12th exam with Physics, Chemistry and Biology/Biotechnology (PCB), Mathematics or any other elective subject with English as a core course as prescribed by the National Council of Educational Research and Training (NCERT).

The question booklet of NEET 2017 consists of 180 multiple choice questions from Physics, Chemistry, Botany and Zoology. For each correct response, candidates will get 4 marks and 1 mark will be deducted for each incorrect response.

NEET 2017 is a single entrance test for admissions to approximately 52,300 MBBS and BDS seats in the country. After Supreme Court’s directive in 2016, NEET has replaced All India Pre Medical Test (AIPMT) as well as state and institute level entrance tests. From academic year 2017, NEET will enable admissions to all government, private, central and deemed medical as well as dental institutes of India.

Disclaimer: The information shared in the article is based on media reports. The dates mentioned here are tentative. Careers360 will update the dates once the official announcement is made.