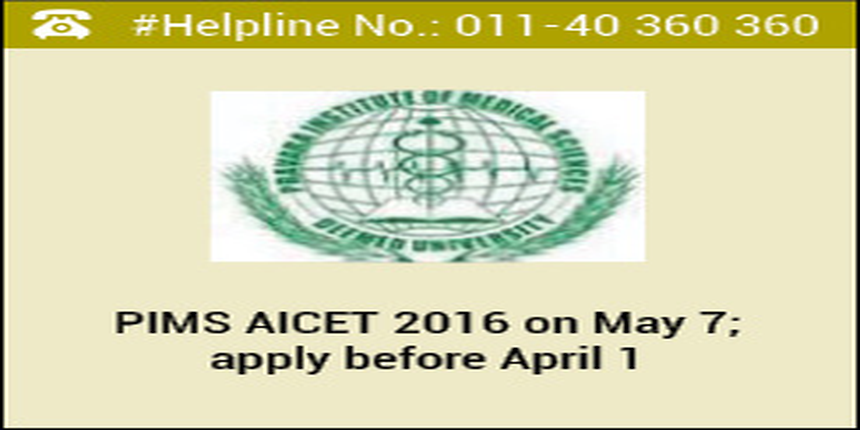 PIMS AICET 2016 will be conducted on May 7 for admissions to as many as 125 MBBS and 100 BDS seats. Pravara Institute of Medical Sciences has announced the examination schedule for the academic session 2016-17. As per the official brochure, the last date to apply for PIMS AICET 2016 is April 1, 2016.

As per the eligibility criteria, only those candidates are eligible, who are born on or before December 31, 1999 and have passed10+2 or equivalent examination with Physics, Chemistry, Biology and English as mandatory subjects. Candidates who will appear for Higher Secondary examination in 2016 can also apply for PIMS AICET 2016 entrance test but their admission will be subjected to fulfillment of eligibility criteria.

PIMS AICET 2016 is a national level entrance exam, conducted by Pravara Institute of Medical Sciences for admissions to undergraduate medical programmes in the university.

Stay tuned to www.medicine.careers360.com for more news and information on PIMS AICET 2016