A five-judge bench headed by Justice AR Dave will hear the petitions filled by Maharashtra and Madhya Pradesh government on Thursday, September 22, 2016. The final outcome will have bearing on medical admission processes held across the states. 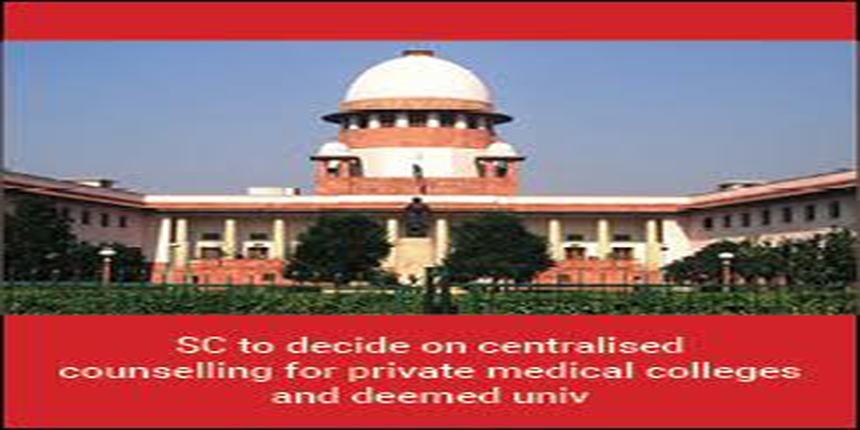 The Supreme Court has, meanwhile, asked for a status-quo on the on-going admission process in medical institutions across different states. The Supreme Court intervention into the admission process came after Maharashtra government challenged Bombay HC decision allowing deemed universities to conduct their own counselling. The state government, which had directed all institutions in the state to conduct admission through state, controlled common counselling, had sought an stay on Bombay HC order freeing deemed universities from common counselling process.

However, the SC directive for the status quo does not detail whether it is for common counselling or the stay on the same ordered by Bombay HC.

The state government argued that a centralised counselling process will benefit students who otherwise would need to attend multiple counselling sessions.

Interestingly, the University Grants Commission (UGC), in a public notice on September 15, 2016 had clarified that Deemed Universities will be part of Common Counselling for MBBS and BDS admissions through NEET merit list only. “All the Institutions Deemed to be Universities shall be part of common counselling for admission in medical courses organised by either State Government/Central Government or through its agencies based on the marks obtained in NEET,” UGC had said in the notification. Read the full story here.

The Bombay HC, on August 31, 2016, had stayed the government resolution (GR) issued by Maharashtra government and the circular issued by the Centre that asked for centralised counselling for medical and dental courses in all government, private and deemed universities.

On August 20, 2016, the government resolution (GR) had made it mandatory for all private and deemed medical universities to admit students on the basis of the state organised ‘combined counselling.’ The resolution was based on August 9, 2016 letter from the Ministry of Health and Family Welfare.

Further, three of the eight deemed universities in the state of Maharashtra that offer MBBS and BDS programmes had also approached the Bombay High Court, challenging the state government’s resolution (GR) that makes it mandatory for them to admit students on the basis of NEET state merit list only. While the universities have accepted NEET, they had approached the HC, claiming a right to conduct their own counselling sessions.

The universities also claimed they are governed by the statutory powers of the University Grants Commission and the Medical Council of India and the state does not have overriding jurisdiction over them. The state had argued that its GR does not infringe upon the rights of the deemed universities and was instead aimed at the welfare of students.

The state government told SC that on August 9, 2016, the centre has sent a communication to the principal secretaries of states and union territories, allowing them to carry combined counselling for admissions in MBBS and BDS programmes. Subsequently the state issued a resolution, which the Bombay HC stayed after a deemed university challenged it. The state said the resolution aimed at bringing the transparency.