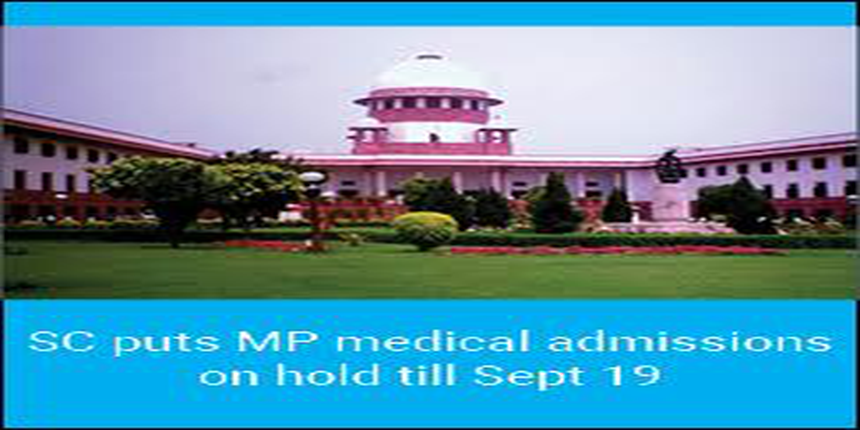 The confusion around NEET counselling is nowhere near its end as repeated petitions continue to drag the exam to court steps. Just a week after the Kerala High Court ordered MCC to conduct multiple counselling rounds, the Supreme Court has announced status quo on admissions to MBBS and BDS seats in Madhya Pradesh. The order came after the MP government filed a petition accusing private medical colleges of not admitting candidates on the basis of centralised counselling conducted by it.

The constitution bench headed by Justice Anil R Dave issued a notice to private medical colleges, associations and deemed universities to return on Monday, September 19, when the bench will hear the contempt of court plea.

Earlier, the Association of Private Dental and Medical Colleges of Madhya Pradesh (APDMC) had issued a notice stating that private medical and dental colleges and private universities of Madhya Pradesh are conducting their online counselling from September 3. The notice further stated that any student who opts for admission in private medical and dental colleges and universities through centralised state counselling would not be given admission.

However, the state government has alleged that this action was a ‘wilful and deliberate’ disobedience of private colleges against the August 9 circular of Ministry of Health & Welfare directing centralised counselling in all medical and dental colleges based on NEET scores.

The ministry’s August 9 circular stated that State/UT Governments ‘may preferably’ go for combined counselling for admissions to MBBS and BDS courses in all medical and dental colleges including deemed universities.

Stay tuned to www.medicine.careers360.com for more news and information on MP Medical