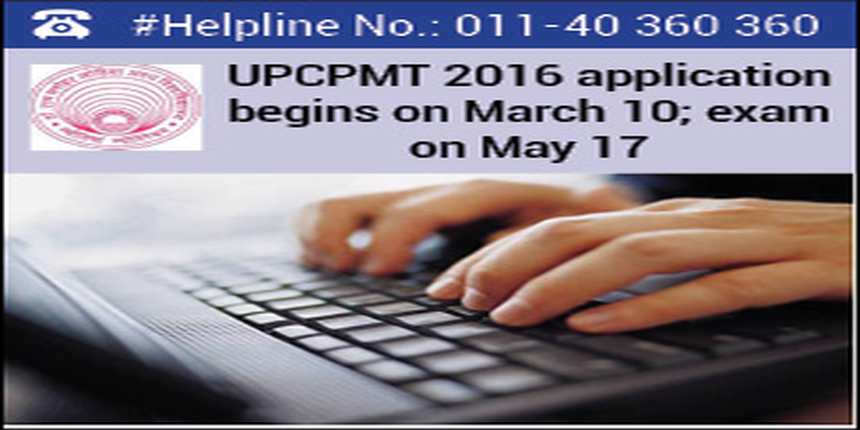 The UPCPMT 2016 application form can be completed in three stages which include registration, filling up application form, payment of fee, uploading of photograph & signature, generating printout of confirmation page, etc.

Candidates are advised to read the eligibility criteria to ascertain their qualification and age for the UPCPMT 2016 entrance exam. Only those candidates will be at least 17 years old as on December 31, 2016 is the eligibility for candidates in terms of age.

UPCPMT 2016 exam is scheduled to be conducted on May 17 at various designated centres in 15 cities of Uttar Pradesh. The UPCPMT 2016 question booklet will have 200 questions from Physics, Chemistry, Zoology and Botany subjects. Candidates will score 1 mark for each correct response and no mark will be deducted for any incorrect response.

The result of UPCPMT 2016 is scheduled to be declared on June 1, 2016. The result will only be released for the qualified candidates as per the pre-determined cut off marks defined for their respective categories.

UPCPMT 2016 exam will be the basis for admissions to as many as 1458 MBBS seats and 51 BDS seats in Government, medical and dental colleges of Uttar Pradesh.

Stay tuned to medicine.careers360.com for more news and feature articles on UPCPMT 2016