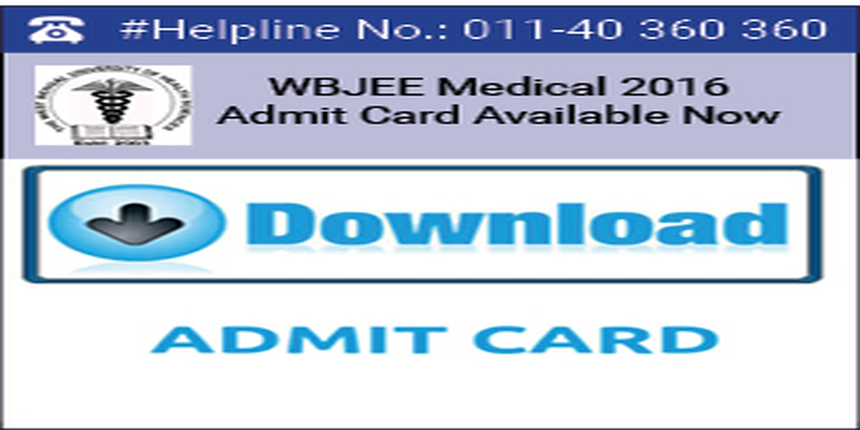 After downloading the admit card, candidates must verify all the particulars mentioned in the hall ticket, and in case of any discrepancy found, it is advisable to contact the exam conducting authority, WBUHS, as soon as possible. No candidate will be allowed to appear in the entrance exam, scheduled to be conducted on July 20, 2016, without a valid admit card.

Check the below procedure to download WBJEE Medical 2016 Admit Card:

WBJEE Medical 2016 is a state level entrance exam for seeking admissions to around 2450 MBBS and BDS seats in state and central Government medical and dental colleges of West Bengal.

The result of WBJEE Medical 2016 will be declared, tentatively, in the month of August, 2016.

Stay tuned to www.medicine.careers360.copm for more news and information on WBJEE Medical 2016