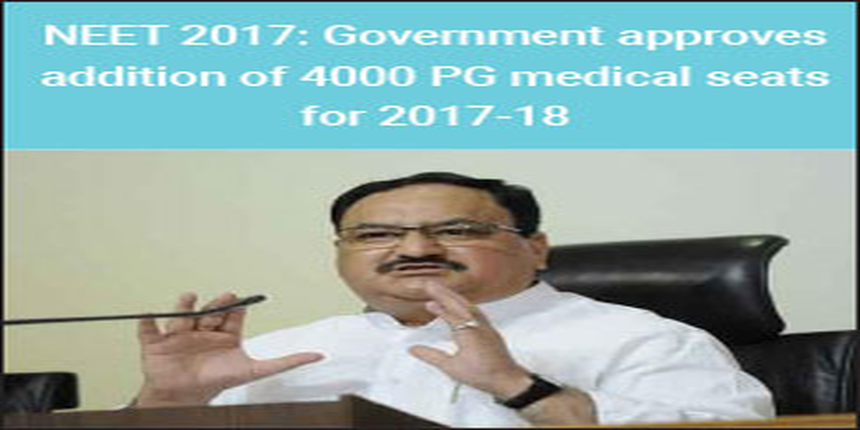 The increase in postgraduate medical seats has been in the pipeline ever since Finance Minister Arun Jaitley declared it as a priority issue for the Government in his Union Budget speech on February 1. “We need to ensure adequate availability of specialist doctors to strengthen Secondary and Tertiary levels of healthcare. We have therefore decided to take steps to create additional 5,000 Post Graduate seats per annum,” Mr. Jaitley had said. The Government’s focus on the expansion of PG medical seats had emerged out of concerns over consistent shortage in the number of doctors per 1000 population as per WHO norms as well as the difficulty in getting qualified faculty for medical colleges. In a press release issued by the Ministry of Health and Family Welfare on the day of the budget, it was highlighted that the Government intended to open around 100 new medical colleges in the next 4-5 years for which six to ten thousand additional faculty members would be required. Mr Jaitley in his speech had also focussed upon plans to strengthen postgraduate teaching in select ESI and Municipal Corporation Hospitals and the steps being taken to introduce Diplomate of National Board (DNB) courses in big district Hospitals while encouraging reputed private hospitals to offer the same.

Infact, as per a gazette notification released by the Medical Council of India (MCI) on January 31, the day before the budget, the MCI had amended the “Postgraduate Medical Education Regulations, 2000” and revised the teacher student ratio to increase PG seats in clinical subjects.

Mr Nadda also alluded to the MCI amendment in his March 2 announcement, stating that it had resulted in the creation of 1137 medical seats in 71 colleges. It was likely that 1000 more seats would be added in March 2017 once proposals were received from all of the Government’s 212 colleges. This would include DNB seats, equivalent to MD/MS, which had risen to 2147 in the past year. Taking all of this into consideration, it was highly likely that the Government would achieve its target of adding 5000 PG medical seats soon, Mr. Nadda declared. NEET PG, introduced in 2016, will serve as the single window entrance examination for admissions to all of these seats.

Check out www.medicine.careers360.com for the latest information on NEET!

Aspirants seeking information regarding the best books which t...

You should go through the NEET PG guidelines to understand the the format criteria of OBC certificate, and if you think that you can produce it before the last date of registration then you should definitely apply in your specific OBC category.

If you fail to produce the the OBC certificate at time, then you will have to you only go with the general option during registration.

Have a Good Day.

The first step is to clear MCI screening test and get a licence to practice and then you can appear for NEET PG exam.

As per a proposed bill MCI screening test and NEET PG exam in which those students who qualifies the exam will get licence to practice in India and the merit students will be called for counselling for PG seats.

Re - Percentage Scored in Qualifying Exam. I graduated from a medical college. Theres no CGPA and for NEET PG we usually enter percentages for all years separately. For SSC-CGL, does it refer only to final year or the average of 4 years?