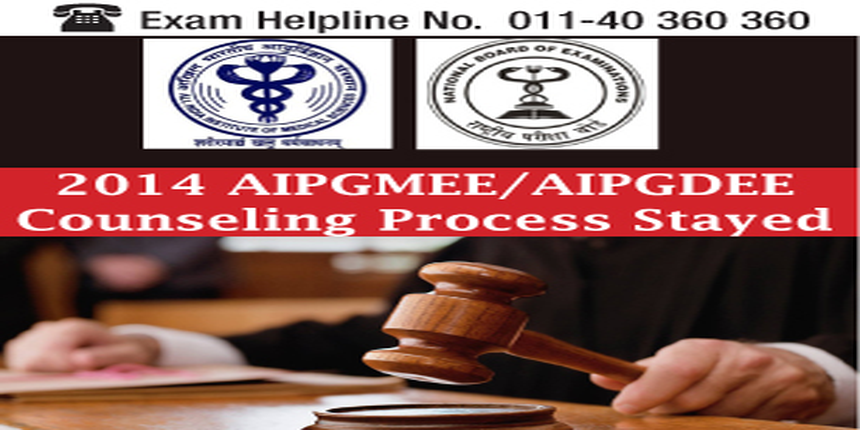 All India Post Graduate Medical Entrance Examination 2014 (AIPGMEE) was conducted by the National Board of Examinations (NBE). Number of candidates who qualified as per the qualifying criteria of AIPGMEE 2014 is 44442. Out of which 30495 candidates were qualified to participate in online counseling for All India 50% quota. AIPGMEE 2014 was the single largest PG entrance test which was conducted on All India Basis to fill All India MD/MS/Post Diploma seats issued by Medical Counseling Committee (MCC).

All India Postgraduate Dental Entrance Exam (AIPGDEE) 2014 was conducted by All India Institute of Medical Sciences (AIIMS) for admission to the three year Master of Dental Surgery (MDS) programs in various dental colleges across the country for the academic year 2014. The online entrance exam AIPGDEE 2014 was held on January 25, 2014.

what seat can i expect for a neetpg rank of 67k? both in govt and private college

To know your other admission possibilities in NEET PG All India Counseling, Central, Deemed Universities & state counseling, You can use NEET PG College Predictor tool.

Hello,
The cutoff rank in 2019 was 349 and 2018 was 261 under 50% all India quota. As you have not mentioned if you are from Karnataka or not I have only mentioned the all India cutoff for general category
Also, these cutoffs change every year and it is not necessary they will be same. However, GDC Bangalore is a very good college and you must get a very high rank to get an MDS Seat.
For more information about MDS counselling check the link below
https://medicine-careers360-com.cdn.ampproject.org/v/s/medicine.careers360.com/articles/neet-mds-cut-off/amp?amp_js_v=a3&amp_gsa=1&usqp=mq331AQFKAGwASA%3D#aoh=15823096604413&referrer=https%3A%2F%2Fwww.google.com&amp_tf=From%20%251%24s&ampshare=https%3A%2F%2Fmedicine.careers360.com%2Farticles%2Fneet-mds-cut-off
Hope this helps
All the best
Read More
Answer
Answer Later
Report