Admission to Ayush courses through NEET

Admission to Ayush courses through NEET: Admission to AYUSH UG courses is taken on the basis of National Eligibility cum Entrance Test (NEET). The counselling authority, Ayush Admission Central Counselling Committee (AACCC) has released notice, vacant seats and eligible candidates list for AYUSH UG 2019 counselling stray vacancy round on September 13. Candidates can check the same in the links below. The authority had released the final mop-up seat allotment list of AYUSH UG counselling on August 30 which can be checked in the article below. Candidates can also download the seat allotment letter through the link provided below. In a recent notification, the authority has notified that the candidates admitted in a medical college in round one or two were allowed to vacate their seat from August 28 up to September 5. Candidates can check the official notice in the link provided below. Eligible candidates have registered afresh till August 26, 2019 through the link provided below. The seat matrix for the mop-up round of AYUSH UG counselling was also released on August 22. Candidates can check the seat matrix for Ayurveda, Unani and Homeopathy courses in the link provided below in the article. AYUSH Admission Central Counselling Committee has started the counselling for 15% of All India Quota seats, seats in government-aided institutes, central universities, national institutes, private colleges and 100% seats in deemed universities. The authority has released the centralised counselling schedule which can be checked in the article below.
Released: NEET exam date 2020 has been announced on May 5. 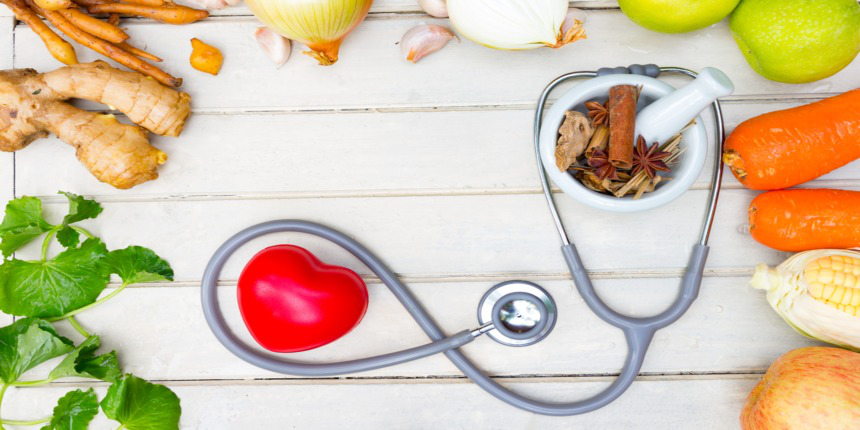 With the increase in lifestyle problems and grave diseases, people are beginning to look for an alternative to western medicine. The Indian subcontinent is the birthplace of the most ancient and traditional healing methods which has been mitigating the health problems of mankind for ages. The ministry of Ayurveda, Yoga and Naturopathy, Unani, Siddha and Homeopathy (AYUSH) aims to boost the development of education and research in this ancient art of healing. Based on the score and rank achieved in NEET 2019, candidates will be inducted in different courses like BAMS, BUMS, BSMS and BNYS. National Testing Agency has conducted the NEET for the first time for the candidates seeking admission to medical and dental courses. With the induction of AYUSH courses under the ambit of NEET, the number of candidates appearing for the exam is likely to increase.

An overview of admission to AYUSH courses through NEET

Important Dates for Admission to AYUSH courses through NEET

Admission to Ayush courses through NEET- Duration and internship 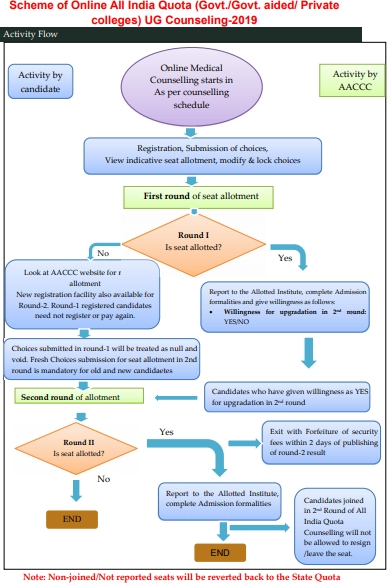 The admission to AYUSH courses is taken on the basis NEET merit list wherein each state which offers AYUSH courses will conduct their own separate counselling in accordance with their respective rules and regulations followed. After the conclusion of NEET 2019 on May 5, each state has released their own application form which a candidate needs to fulfil. The eligibility criteria for each state is set by the respective state counselling committee and thus may differ therefore it is advisable that the candidates check the website of the particular institute they wish to take admission in.

To check the number of seats and colleges offering AYUSH courses, Click here.

Admission to BAMS through NEET 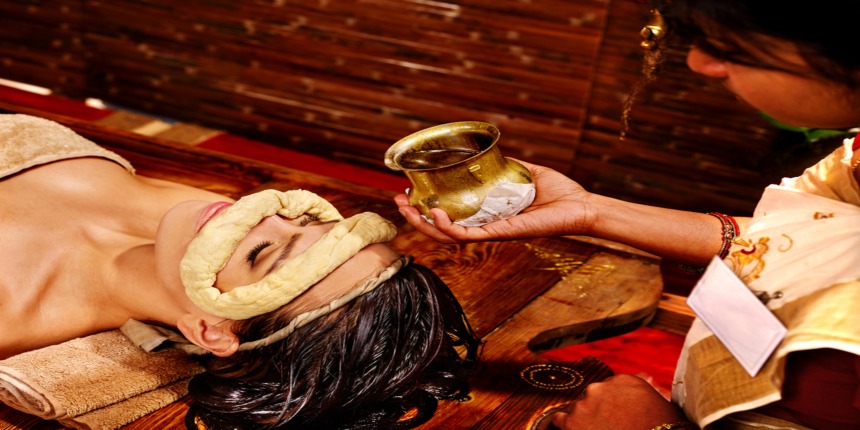 Bachelor of Ayurvedic Medicine and Surgery is a course which is conducted in a duration of 5 and a half years duration on completion of which the student is awarded with the degree of Ayurvedacharya. The undergraduate course is an amalgamation of modern medicine and traditional ayurvedic methods of healing. The students of BAMS are taught the following in the duration of the course.

Admission to BHMS through NEET 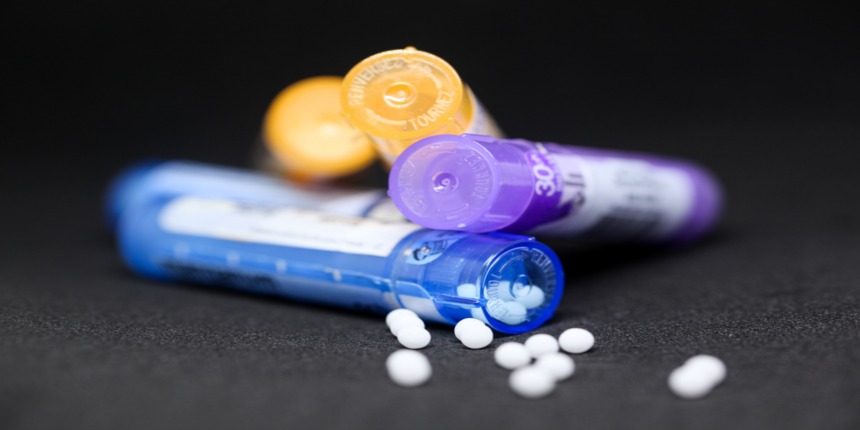 Bachelor of Homeopathic Medicine and Surgery is an undergraduate degree course which imparts knowledge medical treatment through homoeopathic system. Homoeopathy is a discipline of medicine which involves medical treatment of the ill with the help of highly medicines made of highly diluted substances that activates the self-healing processes in the body. Students studying BHMS course have a further choice of opting a specialization such as Homoeopathic Pharmacy, Paediatrics, Psychiatry, Skin Specialist and Infertility. Students of BHMS are taught the following topics in the duration of four and a half year.

Admission to BNYS through NEET 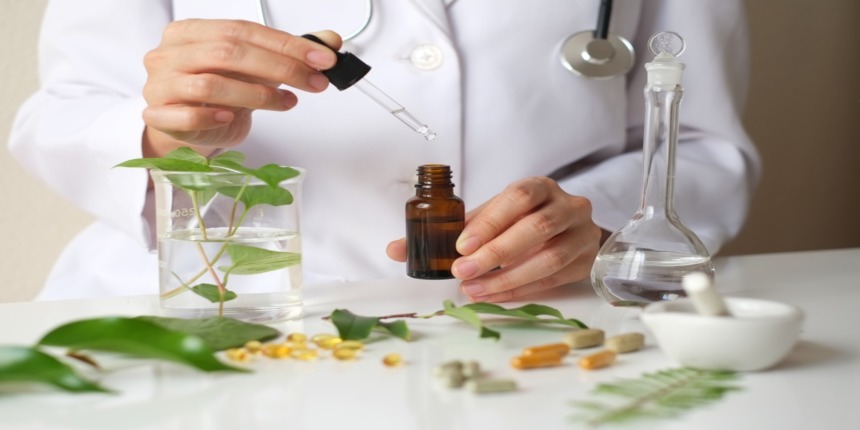 Bachelor of Naturopathy and Yoga Sciences is an integrative program which includes learning of both traditional naturopathic medicine and modern medicine. The naturopathic healing method focuses on the innate ability of the body to cure itself which is assisted by naturopathy. The following are some of the topics that are taught in the duration of the course.

Admission to BSMS through NEET 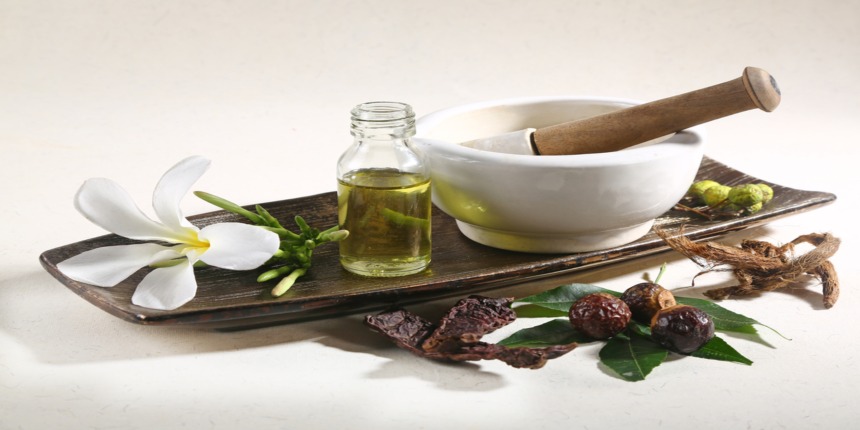 Bachelor of Siddha Medicine and Surgery is a bachelor's degree which imparts education in the most ancient branch of AYUSH systems. Siddha is a traditional healing method which revolves around the idea that the psychological and physiological functions of a body are controlled by seven elements, the imbalance of which is the root cause of any kind of disease a person may get afflicted with. The following specialities can be further pursued by the student of BSMS.

Admission to BUMS through NEET 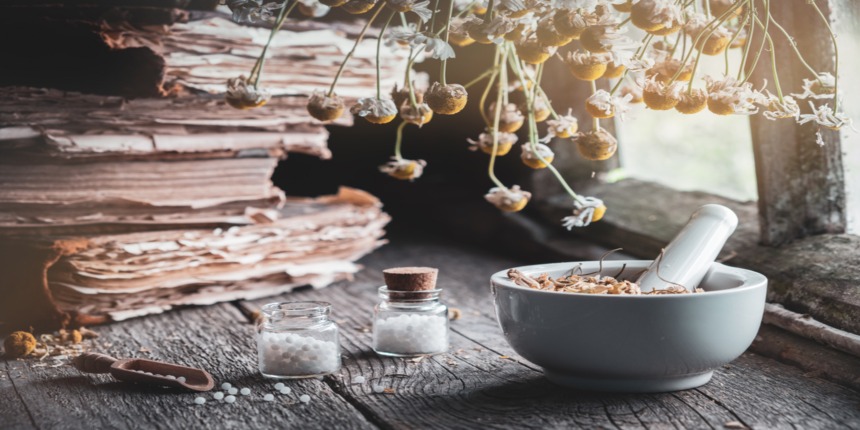 Bachelor of Unani Medicine and Surgery is an undergraduate program associated with the Unani system of healing. The Unani system is mainly based on the four components namely earth, fire, water, and air. The application of Unani system has been best known for weight loss, kidney stone, diabetes, psoriasis, arthritis etc. In the duration, of course, the students are taught about :

NEET Dress Code 2020 for Male and Female - Instruction by NTA

Medical courses after 12th - Students can check the list of co...

22 hours ago
Read More
View All News and Articles

There are as many as 250 Government Medical Colleges across India and you haven't mentioned your Category. Cut offs change every year depending on various factors such as no.of Candidates appearing for the exam, no.of Candidates qualified, top NEET score and difficulty of the exam. To check for the cut offs of all Government Medical Colleges across India for your Category, please use the link: https://medicine.careers360.com/articles/neet-cut-off

If a person is eligible for reservation seat in ARTICLE 371 J , then how much marks should he get in neet 2020 to get AIIMS DELHI ??

371J is for Hyderabad-Karnataka border Candidates and this reservation is confined to State level. But admissions to AIIMS and JIPMER will be conducted at All India Level. So your Category that you belong to General/OBC/SC/ST only is considered and not HK Quota. So for a seat in AIIMS, you will need atleast 650. That might be the cut off. But again cut offs change every year. Cut offs change every year depending on various factors such as no.of Candidates appearing for the exam, no.of Candidates qualified, top NEET score and difficulty of the exam. To help you with your NEET preparation, we have NEET Knockout packages that you can check at: https://learn.careers360.com/knockout-neet-may/. To help you during admission and counselling, we have https://www.careers360.com/mbbs-companion.

how i should prepare for neet entrance exam 2021

Ananth, the MHRD has announced that NEET 2021 will be conducted on a reduced syllabus. So we still do not know the revised and reduced syllabus yet. So we are writing this answer for today's time. To help you with your NEET preparation, we have NEET Knockout packages that you can check at: https://learn.careers360.com/knockout-neet-may/. Physics needs utmost focus and time because it involves with theoretical concepts and numbers. There should be a systematic approach in preparing for NEET. The important topics are Mechanics, ElectroDynamics, Modern Physics, Heat and Thermodynamics, Optics, Simple Harmonic Motion, Waves. Formulae form an integral part of your preparation. The important topics are Optics, Ray Optics, Optical Instruments, Wave Optics, Electronic Devices, Electrostatics, Electric Charges and Fields, Thermodynamics, Electrostatic Potential, Current Electricity, Electromagnetic induction, Alternating current, Dual Nature of Radiation and Matter. Highest weightage goes to Optics at 10%. Thermodynamics, Electrostatics, Electronic devices share 9%. Current Electricity and Electromagnetic induction, Alternating current take 8%. Dual Nature of Radiation gets 6% while Motion systems of rigid particles and body and Magnetic effects of Currents, Electromgentic waves and Magentism get 5%. Work, Energy and Power take 4%, Atoms and nuclei, Oscillation and Waves, Properties of Bulk Matter, Laws of Motion and Kinematics share 3% and the rest of the topics carry 2% weightage. Memorise as many formulae as you can and write them down and stick them as post its so that you can always see them. Practise regularly and try various kinds of questions. Solving previous papers and mock tests to test your improvement. Keep a clock and check the time its taking you to solve these questions. And improve the time as you practise more. One day of the week should be set aside for revision so as to keep the mind fresh. For reading what the toppers and experts have to say, please visit our page at: https://medicine.careers360. com/articles/how-prepare-for- neet-physics/amp . Chemistry is divided into Inorganic, Physical and Organic chemistry. For inorganic chemistry, you must refer to the NCERT.Coordination points get 9% of weightage. Thermidynamics takes the 8% and Equilibrium takes the 6% weightage slots respectively. Chemical Bonding and Organic structure carries the 5% weightage slot and rest of the topics carry 2-3% weightage in the exam paper.Chemical Bonding, Molecular structure, Solutions, Block Elements, Alcholos, Phenols and Ehters. Aldehydes, Ketones and Carboxylic acids are important topics. Organic comprises of many reactions and reagents which can be practised by writing over and over again. Physical chemistry requires a comparatively deeper understanding of concepts, so preparing with the NCERT and referring to study material a level higher than NCERT should be the way to go. For more information, please visit our page at: https://medicine.careers360.com/articles/how-prepare-for-neet-chemistry . Biology is the biggest section in NEET, comprising about half of the exam, and acing this subject can help you in scoring more in the exam. Human Physiology and Genetics have maximum weightage in NEET. It is advisable to practise questions of Genetics from previous year question papers, which will give you a thorough understanding of how the questions are being asked. Topics of Plant and Animal kingdom have a lot of portion to memorize. You can prepare these topics by making a comparative table for the sub-topics and studying it together. Plant physiology is also equally important and easy to score. For more tips, please visit our page at:

These books shall help you in Chemistry preparation for NEET.
NCERT Chemistry textbooks for Class XI and XII
Physical Chemistry by OP Tandon
ABC of Chemistry for Classes 11 and 12 by Modern
Concise Inorganic Chemistry by JD Lee
Dinesh Chemistry Guide
Practise books by VK Jaiswal, MS Chauhan and N Awasthi

Kiran, you havent mentioned your Category. Neverthles, in 2019 under State Quota the cut offs for various Categories for BMCRI have been as follows
General Category: 567
OBC: 523
SC: 435
ST: 463

Now this is 2019 data and cut offs change every year depending on various factors such as no.of Candidates appearing for the exam, no.of Candidares qualified, top NEET score and difficulty of the exam. If you want a seat in this College, you need to score atleast 50-65 marks more than those mentiomed against your Category here.
Read More
Answer