How is Allopathy different from Homeopathy - With admission to medical colleges of the nation getting tougher and complex everyday candidates are getting inclined towards alternative medicine courses. In such a scenario it is essential for them to know the difference between Allopathy and Homeopathy. Candidates should be aware that admission to all medical undergraduate courses in the nation will be through NEET only. It must be noted that for the medical entrance test, every year more than 10 lakhs candidates get them registered. Thus, the admission process is sure to be highly competitive and candidates should be knowing the medical courses without NEET. Looking for alternative medicine courses is a wiser option in the present scenario. Allopathy, the modern form of medicine, requires a hypothesis, experimentation, and the result of those experiments. However, Homeopathy is a form of treatment where the focus is on treating the entire human body. For more details, candidates can check the article that follows titled ‘How is Allopathy different from Homeopathy’. 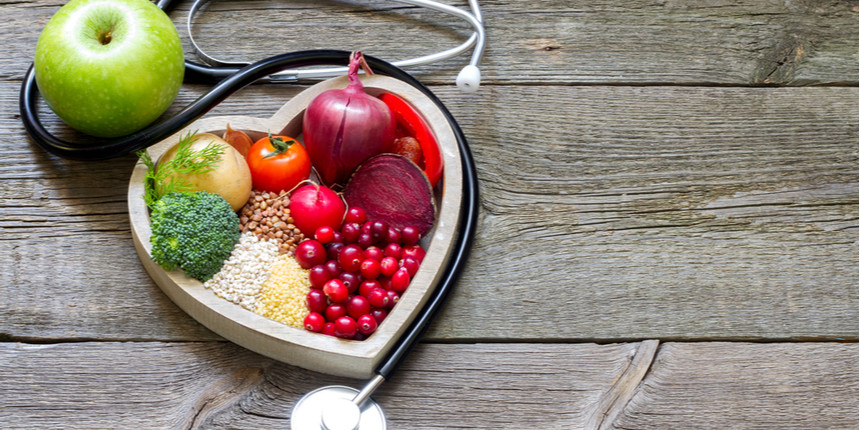 Allopathy is an obsolete term for Modern Medicine. Candidates must note that in Allopathy such drugs are used which are clinically tested and proven to be of no harm to humans prior to administering them to patients. In Allopathy, dependence is on hypothesis, experimentation, and the result of those experiments. Most Allopathic drugs have side effects on the human body. It is also often said that Allopathy is the scientific method of treating human diseases.

Allopathy is being constantly evolved for the inclusion of better-proven techniques of curing ailments and it also includes forms of treatment from alternative medicine fields once they are clinically tested and proven.

A system of alternative medicine, which was developed by German physician Samuel Hahnemann, Homeopathy translates into ‘similar suffering’. In this form of medication, the body of an ill person is exposed to similar kinds of other diseases, this helps them boost their immune system and fight against the disease. Homeopathic treatment is a slow process with no side effects as such. There are three guiding principles of Homeopathy, they are:

This form of alternative medicine aims at not just treating the affected part but in fact the entirety of the human body.

Difference between Allopathy and Homeopathy

Frequently Asked Question (FAQs) - How is Allopathy different from Homeopathy

Question: What is Homeopathy?

Homeopathy translates into ‘similar suffering’. In this form of medication, the body of an ill person is exposed to similar kinds of other diseases.

Question: What is Allopathy?

Allopathy, also known as Modern Medicine, is based on proofs and successful clinical trials of medications.

Question: Which is better Homeopathy or Allopathy?

Since, both Allopathy and Homeopathy are different forms of treatment and medication, they both cannot be compared in terms of finding a better one. Both these forms have their own pros  and cons.

Question: Is NEET mandatory for admission to Homeopathy or Allopathy courses?

No, NEET is not mandatory for admission to the Homeopathy and Allopathy courses offered in the institutions/colleges of India.

Your profile suggest you are from Delhi.

Whereas in delhi state quota cut off marks for OBC category was almost around 600 marks.

So your marks are way too low to get govt or semi govt medical college in delhi state or AIQ counseling.

You may get deemed medical college for studying MBBS at your expected marks. Some colleges you may try are

You can use NEET UG college predictor tool for knowing chances of getting MBBS BDS ayush colleges at your expected marks.

Hope this information helps you

I am assuming you from general category.

when we go through previous year trends

You have low chances for mbbs in government colleges even under Himachal pradesh state quota.

You have chances in deemed universities for mbbs which are listed below along with their cut off rank in neet 2020,2nd round all india counselling conducted  for 100 % deemed university seats   :-

And a few more

This has been  predicted on the basis of previous years data  but  cutoff keeps changing so to have clear picture of the complete list of colleges in which you have chances, you can go through our college predictor at

To help in your counselling, we have mbbs companion in which in addition to college predictor tool you also get information regarding various counselling i. e all india , deemed, central and state  counselling and you get to attend live webinars with experts to guide you and get all your doubts cleared. The link is given below:-

bpt in Maharashtra without neet and CET ?

Here is the list of some of the top BPT colleges in Maharashtra offering admission without NEET exam:

For more relevant information, you may visit here:
https://medicine.careers360.com/colleges/list-of-bpt-colleges-in-maharashtra


Hope this helps, all the best.
Read More
Answer

The NEET 2021 exam was held on 12th September 2021, the result or result date for the same is not yet declared by NTA, NEET 2021 result is expected to release soon on their official website ntaresults.nic.in or neet.nta.nic.in, as the answer keys are released already so result will also declare very soon , students can check their NEET result by entering the asked credentials such as their Roll number, Date Of Birth and security Pin.
Details such as student's name, their subject wise total marks, percentile scores, AIR for 15% AIQ seats and cutoff score will be printed on the scorecard.

For more relevant information, you may visit here:
https://medicine.careers360.com/articles/neet-result


Hope this helps, all the best.
Read More
Answer

DUE TO LOW NUMBER OF MEDICAL COLLEGES  AND MEDICAL SEATS AVAILABLE . THE PRIVATE AND DEEMED COLLEGES PROVIDE MEDICAL SEATS FOR THE STUDENTS WITH BAD RANK OR SCORE IN NEET EXAM WITH HIGH TUTION FEE.

HOPE THIS INFORMATION HELPS YOU