As the NEET results were announced today, states of Rajasthan and Delhi recorded 74 per cent candidates from each of the two states qualifying for counselling stage for MBBS and BDS admissions. The state of Rajasthan which boasts of coaching hub Kota and the national capital with multiple centres of almost all leading coaching institutes have bagged the top two spots in terms of success rates for candidates appearing for the All India level medical entrance exam from different states. 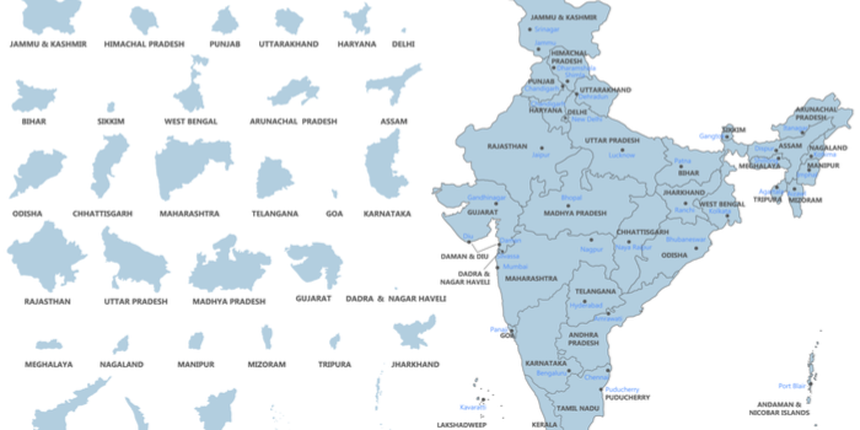 Among the major states, Tamil Nadu recorded the worst performance with only 40 per cent of the candidates qualifying for the counselling.

After the NEET Results were announced on June 4, a total of 7,14,562 test takers were deemed qualified for the counselling round. A total of 12,69,922 candidates had appeared for the May 6 National Eligibility-cum-Entrance Test (NEET) administered by CBSE.

Besides Rajasthan and Delhi, states like Haryana and Andhra Pradesh have also recorded a high success rate with as much as 73 per cent candidates qualifying for counselling from both the state, followed closely by Chandigarh at 72 per cent. Some other southern Indian states with a good qualifying percentage of candidates are Telangana (69%), Kerala (67%) and Karnataka (64%).

Amongst the seven sister states from North-East, only Manipur has managed to reach a success percentage of 63, while the others have witnessed less than 50 per cent candidates qualifying for counselling from these states.

The controversies that surrounded centre allocation for Tamil Nadu candidates outside the home state also reflected in the qualifying percentage of candidates from the state. Tamil Nadu is only third from bottom in the performance chart. The state has only 40 per cent candidates qualifying for counselling.

According to the official data on NEET Results, the Tamil Nadu witnessed only 45,336 candidates qualifying for counselling out of the total 1,14,602 appearing for the test from the state. According to the experts, centre allocation outside state might have resulted in poor performance of candidates from Tamil Nadu.

Many candidates from the state were allotted centre outside Tamil Nadu which led to protests where students and parents demanded re-allocation of test centre within state. The TN candidates had also filed a petition before the Madras High Court, demanding re-allotment of their exam centres to locations within the state.

While All India Rank 1 Kalpana Kumari belong to the state of Bihar, she is the only topper among top 50 candidates from the state. She scored a total of 691 marks. The most number of toppers among Top 50 belonged to the National Capital with a total of 8 students placed in the elite list of NEET 2018 Toppers. Gujarat and Andhra Pradesh have 7 and 5 students grabbing positions among the Top 50.

Surprisingly, the state of Kerala and Karnataka, despite recording decent NEET pass percentage of 67 per cent and 64 per cent, respectively, do not have any topper in the list of Top 50.

The CBSE administered NEET 2018 was taken by 12,69,922 candidates of which 7,14,562 candidates have qualified for admission counselling of MBBS and BDS seats. A total of 13,26,725 candidates had registered for the National Eligibility-cum-Entrance Test.