MCI to be replaced by National Medical Commission: MBBS Exit Exam, National Register and other highlights

The Medical Council of India, the country’s primary regulatory authority for allopathic medical education for more than six decades, is set to be replaced by a new body, the National Medical Commission (NMC). With the establishment of the new body, significant changes are set to be introduced in the medical education sector including MBBS exit exams, partial regulation of fees in private medical colleges and creation of a national register of medical practitioners. 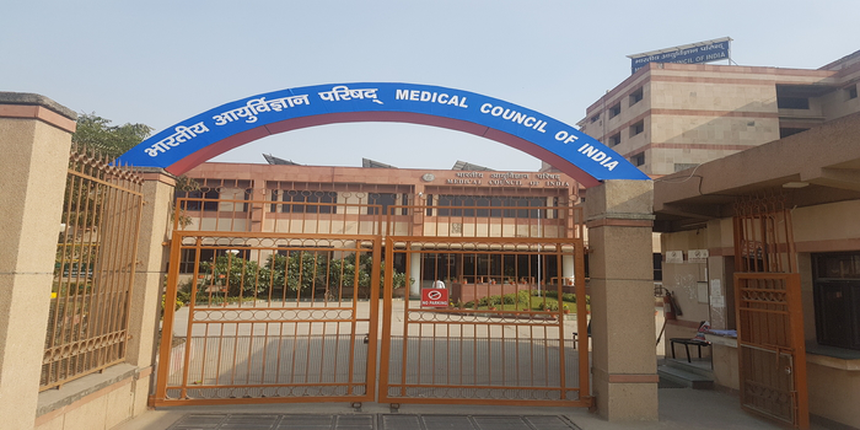 The disbandment of the Medical Council of India, which apart from being dogged by numerous corruption scandals has also been indicted by various review committee reports as a body that has failed on numerous mandates over the previous decades, is being hailed as a long-delayed but necessary move in many policy quarters. The establishment of the NMC heralds the introduction of numerous changes to the existing medical education framework of the country which should be of particular interest to medical aspirants.

What does the introduction of the NMC mean for medical aspirants?

The NMC, which will have a markedly different governing structure to its predecessor, is to take over all the powers and functions of the MCI including the framing of requisite policies for the governance of medical education, periodically assess and monitor the functioning of all allopathic medical institutions and establish an adequate and reliable supply of quality medical professionals.

Some of the key features of the NMC are:

Why is the MCI being disbanded?

Established in 1934 through the Indian Medical Council (IMC) Act, the roles and responsibilities of the MCI have undergone regular upgradations over the years, primarily through amendments introduced to the Act in 1964, 1993 and 2001. However, these have not been enough to shake away the accusations of corruption and deterioration of quality in functioning which have continuously dogged the Board for some time now.

In 2010, Dr. Ketan Desai, the then-MCI President was removed from his post for taking a bribe of Rs. 2 crores  from a private medical college to fast-track the MCI approval process required to introduce new courses and increase the number of seats. If this wasn’t enough of an indication of the rampant corruption existing within the MCI’s ranks, Desai managed to get himself re-elected to the post soon after.

Apart from the taint of corrupt practices, the MCI’s overall functioning has also been called into question by various review committees from time to time. A Parliamentary Standing Committee which reviewed the MCI’s work from 2015 to 2016 highlighted numerous failures on part of the regulatory body, including failure to create a suitable curriculum of education at UG and PG levels, maintain uniform standards, create a transparent system of inspections and putting in place a quality assurance mechanism. The Committee went on to state that, “the MCI cannot be remedied according to the existing provisions of the Indian Medical Council Act, 1956 which is certainly outdated”.

Even the current MCI president Dr. Jayshree Mehta, in a recent interview with Careers360, said, “Over a period of time, the medical education in its various contours has deteriorated. The level of involvement and seriousness with which the education was handled during my time and by the people of my generation was significantly of a high magnitude. Over a period of time, medical education has been deprived of talented people. As a result, it has become victim of a casual and cavalier approach.”

For more details on how the MCI was disbanded, see the timeline below.

September 2015: A Parliamentary Standing Committee on Health and Family Welfare is set up to examine the workings of the MCI and suggest improvements.

March 8, 2016: The Parliamentary Standing Committee submits Report 92 before the Rajya Sabha in which it gives a scathing assessment of the MCI, observing that the “Medical Council of India as the regulator of medical education in the country has repeatedly failed on all its mandates over the decades” before listing all the failures of the body.

It also noted that “the Committee is convinced that the MCI cannot be remedied according to the existing provisions of the IMC Act, 1956 which is certainly outdated.” While recommending the implementation of the suggestions initially made by the Roy Chaudhury Committee, it also further suggested the introduction of common entrance and exit examinations at UG and PG level.

March 28, 2016: The Government of India sets up a Niti Aayog Committee to examine the IMC Act, 1956, and put forward a new draft bill proposal to replace the Act based on its own findings and of the recommendations made by preceding committees.

May 2016: Noting the MCI’s propensity to be rocked by regular corruption scandals, the Supreme Court sets up an Oversight Committee to oversee the body’s functioning and directs  the Central  Government to consider and take appropriate action on the recommendations of the Roy  Chaudhury Committee.

August 2016: The Niti Aayog produces the first draft of ‘The National Medical Commission Bill 2016’, wherein it integrates the major recommendations of the Roy Chowdhary Committee and the Parliamentary Standing Committee along with its own suggestions on how and why to repeal the Indian Medical Council Act, 1956.

June 2017: The Niti Aayog submits the final draft of the Bill recommending the scrapping of the Medical Council of India and replacing it with a new National Medical Commission (NMC).

December 15, 2017: The Union Cabinet clears the ‘National Medical Commission Bill’ as suggested by media reports, paving the way for the replacement of the MCI with the NMC as the primary regulator of medical education in the country.

Protests by the Indian Medical Association

The Indian Medical Association (IMA), India’s largest association of doctors and medical students with over 2,50,000 members, has been among the more prominent bodies to raise their voices against the disbandment of the MCI. As per media reports, the current President of the IMA, KK Aggarwal, said that the involvement of non-medical administrators will make the NMC a “poor substitute” for the MCI and possibly also “cripple the medical profession”. Other concerns raised by Aggarwal are around the non-democratic nature of the NMC structure which takes away the rights of doctors to elect their own council, private colleges being allowed to charge whatever fees they wish for 60% seats, students being made to qualify one more gruelling exam to gain their MBBS qualifications, and the possible threat to Section 15 of the IMC Act, the scrapping of which will remove the need to have a MBBS degree to practice modern medicine in India.

However, given Aggarwal’s and the IMA’s close association with the disgraced former MCI head Ketan Desai, their complaints against the introduction of the NMC and their stubborn defence of the existing MCI structure lack legitimacy and are unlikely to hold any weight before the Government’s push to proceed with the bill’s execution.

can i repeat class 11 12 from any other board. i have oassed hsc from maharashtra board this year. to give neet . i had pcm earlier.