Careers360 speaks to Dr Jayshree Pranshankar Mehta, President of the Medical Council of India (MCI) on various factors roiling the country’s medical education system. In the interview, Dr Mehta also talks about the steps being taken by the MCI to make the MBBS curriculum more robust.

Read the full interview below. 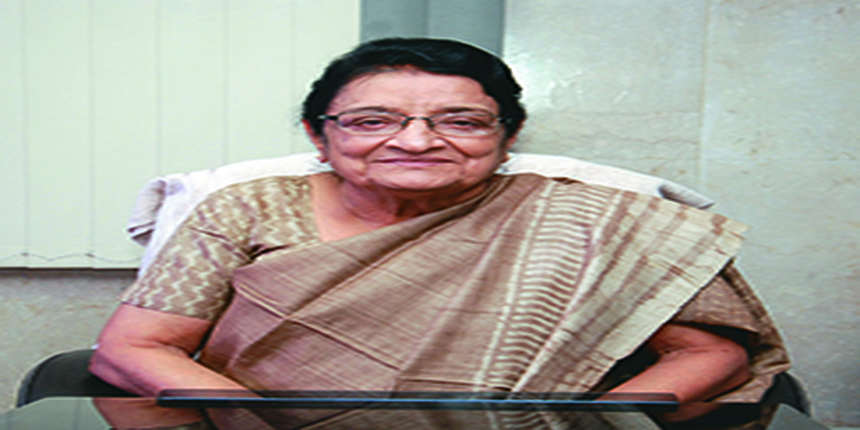 Careers360: You have been associated with the Medical sector for long time, how do you look at its evolution?

Dr. Mehta: Yes. I have viewed it as a learner, as a resident, as a committed teacher as an administrator and now as the first lady President of the premier regulatory body. Over a period of time, the medical education in its various contours has deteriorated. The level of involvement and seriousness with which the education was handled during my time and by the people of my generation was significantly of a high magnitude. Over a period of time, medical education has been deprived of talented people. As a result, it has become victim of a casual and cavalier approach. The privatization of medical education has also brought with it certain unavoidable ills. This has resulted in paucity of doctors with societal commitment.  As a result, the credibility of the profession as well as the educational system has been put to a serious stress. However, I do not believe that everything is lost. There are still committed people who are putting their best for the purposes of emancipation of the medical education system as a whole.

Careers360: What steps are being taken by the MCI to make the MBBS curriculum more robust?

Dr. Mehta: The MCI has evoked an integrated competency-based curriculum which is in accordance with the recommendations and guidelines that have been declared by the World Federation of Medical Education. The said curriculum has been forwarded to the Government of India for its approval and the approval is pending. Things are being crystallized to be taken up for its final approval and notification thereon for its operationalization.

Careers360: What are your plans to improve the quality of medical education in India?

Dr. Mehta: The Council has annulled those admissions to the MBBS course in the current year which were made outside the merit zone of NEET and fulfilment of other prescribed eligibility conditions whereby the said admissions were arbitrary and illegal in nature. In order to improve the quality of medical education several initiatives have been taken by the Council. They are in terms of update of curriculum, rationalization of infrastructure, incorporation of Information & Technology in education. They also include effectively incorporating monitoring systems, adding specialties and sub-specialties including invoking the minimum standards requirements for the said courses along with the teachers’ eligibility qualifications. The rest include regulations and bringing into fore several other cogent and credible policy frames. It has to be borne in mind that regulations notified by MCI prescribed ‘minimum requirements' and therefore they are not open for any waiver, concession or condonation of any type.

Careers360: India needs a large number of doctors. What is MCI doing about this?

Dr. Mehta: The Council has recommended opening of medical colleges in the country on the basis of a need perception including ensuring their appropriate geographical location to tide over the unequal geographical distribution of the same.  It is also imperative that the steps need to be undertaken to avoid the migration of trained manpower produced and also ensure its appropriate utilization.  This necessitates a proportionate increase in the number of postgraduate seats so that the graduates being churned out of the system are appropriately accommodated.